To unlock Han, you need to find all 5/5 characters from Star Wars and 100,000 coins.
I played as Bazooka Trooper because he has Enemy Access and bazooka for breaking glass or metal things.

Go to the room with golden skull, blow up metal barricade, jump into another room and break the barrel. 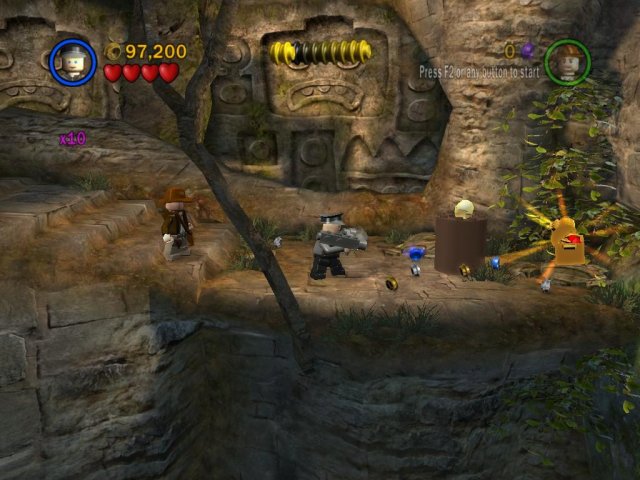 Luke Skywalker – Into the Mountains 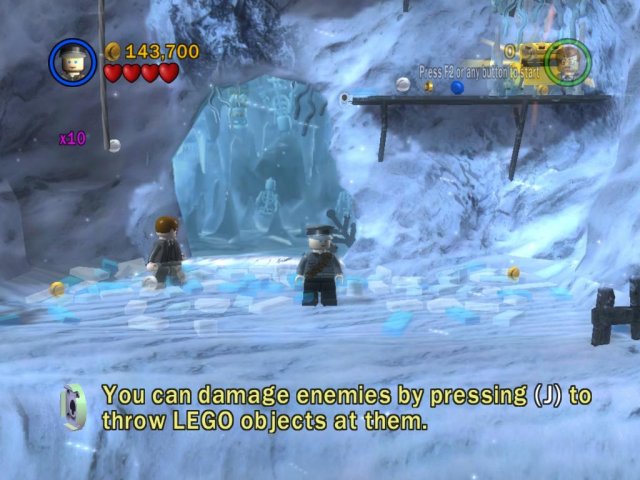 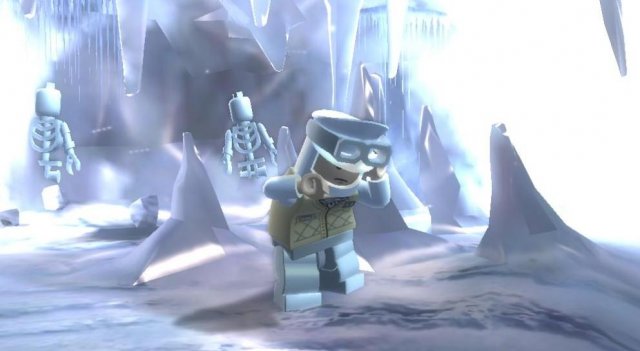 Before the end of the level, find this door, solve the puzzle and use kid to go through the hatch.

Find this place, shown on the screenshot, blast metal barricade and open the door. 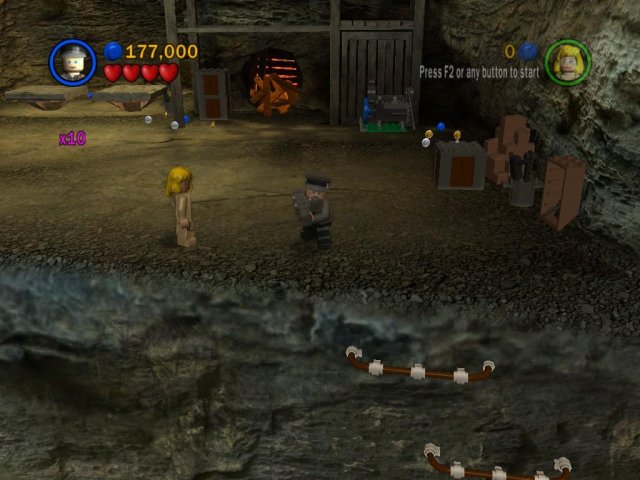 In the beginning of the level, use horse as Indiana to jump on this cliff and open the hatch by whip. 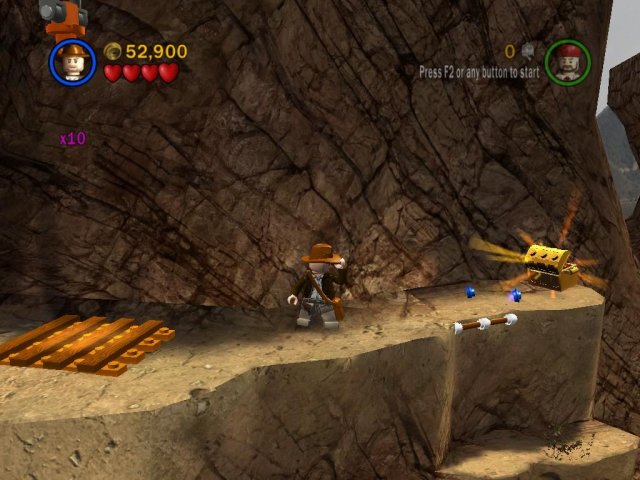 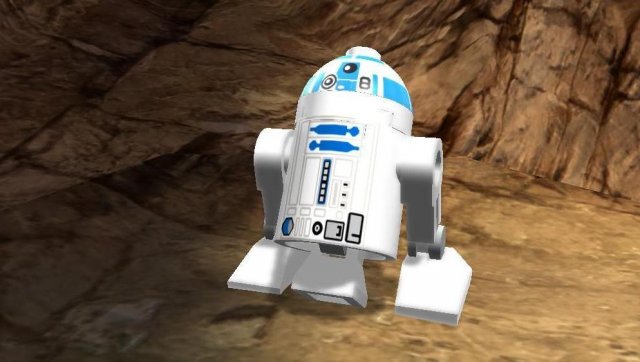 Bonus! Santa Claus – Into the Mountains

After leaving the Marion’s Tavern go to the small house on the left and trick the guard to get inside. Santa will fall from chimney and leave a trail of studs.